For more than two decades, sophisticated design has been an integral part of the DNA of stilwerk and its three design centres in Berlin, Düsseldorf and Hamburg. In 2022, a new design destination will open in the Pakhuis Santos on the Katendrecht peninsula in the Rotterdam Rhijn- and Maashaven – planned by Renner Hainke Wirth Zirn Architekten & WDJARCHITECTEN.

stilwerk Rotterdam will combine an open retail space with hospitality areas such as serviced apartments, co-working, restaurants and a market hall to form an exciting overall concept within the historic warehouse. The listed brick building will be crowned by a golden roof sculpture and become a landmark of the area.

Rotterdam is now not only the world’s largest seaport but also a dynamic and creative metropolis that is gradually repositioning itself as the cultural stronghold of the Netherlands. In recent years, the port industry has retreated from the cityscape, the vacated areas are developing into modern districts in which young service and creative industries are settling. Convinced by the City of Rotterdam as being the experimental and designorientated hotspot in the Netherlands, stilwerk decided to pursue the possibility of a new location. The perfect spot was found on the Katendrecht peninsula between the Maas- and Rijnhaven ports.

The area around the Rijnhaven ‚circle‘ that forms an urban ring connecting surrounding neighborhoods will be densified with future developments in the coming 5 to 10 years. In fact, Katendrecht is the largest inner-city revitalisation project in the Netherlands. Including the high-rise complex „De Rotterdam" which was built by the famous architect Rem Koolhaas and is currently used by Rotterdam’s urban development authority.

Back in 2008, when stilwerk already had been a part of the greater urban planning of „Rondje Rhijnhaven”, the Santos Pakhuis, an industrial building from the early 20th century, already played an important role as an urban focal point. Now, this cultural heritage monument will become the new stilwerk location – remaining a witness to historic times: While the building will be sensitively transformed to participate in the development of the entire area, Katendrecht will have a chance to become the “Rotterdam Design Hotspot" 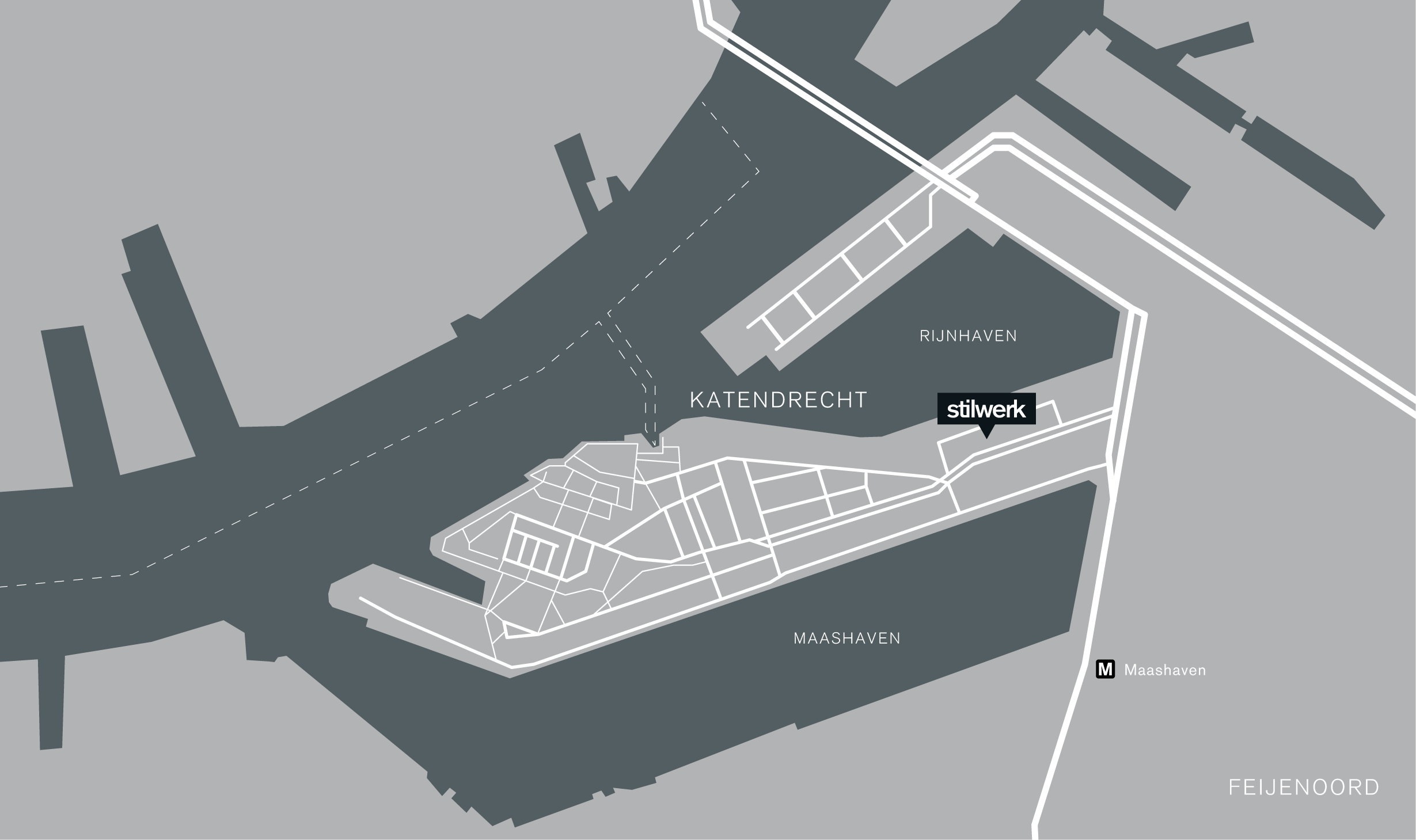 Architectural approach.
Celebrating the old and the new.

An important component of the stilwerk concept is its setting: the architecture itself. Every single location of stilwerk offers a sensitive and respectful approach  towards the building it occupies. Working carefully within a historic building is part of stilwerks approach to design: bringing together the new and the old. The first stilwerk, opened in 1996 in Hamburg, set the example for this Reclaimed Architecture approach: The brick building at the Hamburg harbour front used to be a malt factory and dates dates back to the 17th century. A sensitive and respectful conversion of the historical monument took place to comprise the stilwerk showrooms that now occupy the building. The historical exterior façade was presevered as well as many historical elements of the malthouse, so that the old and the new harmonize in an extraordinary way. 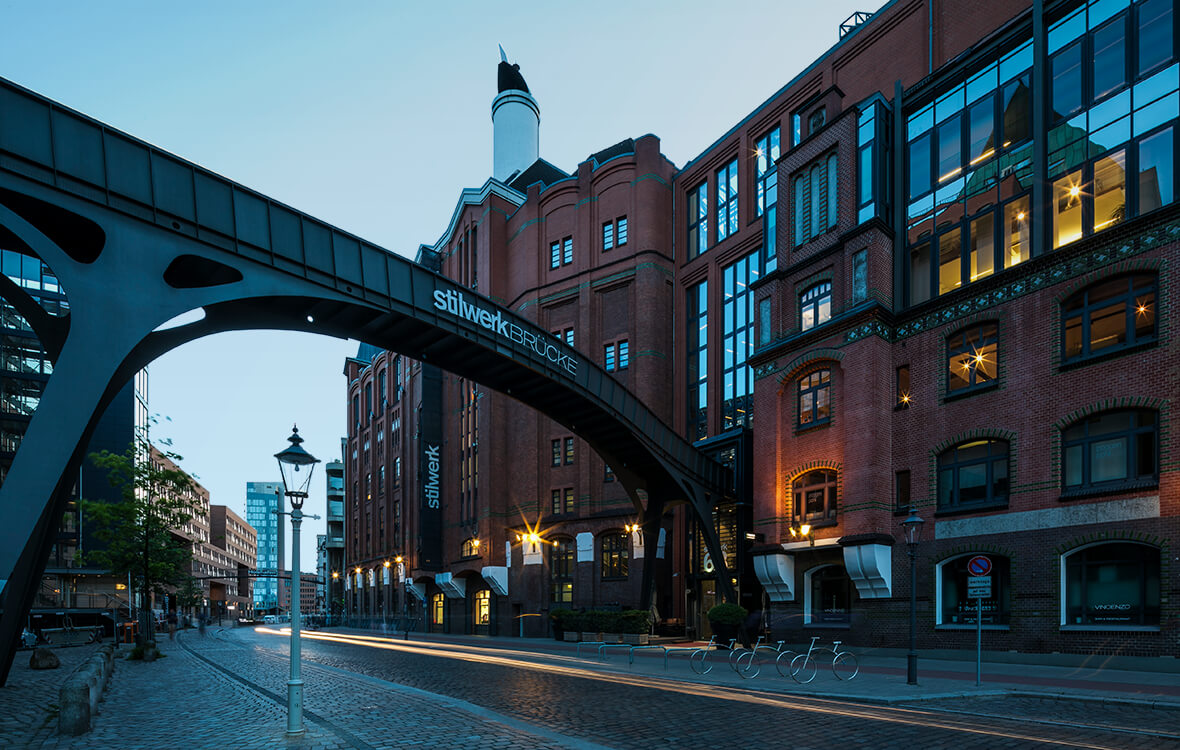 For Rotterdam, stilwerk again chose a heritage site: The Pakhuis Santos at the Brede Hilledijk 95 on Katendrecht, a coffee storage built in 1901-1902 by architects J.P. Stok Wzn. and J.J. Kanters. The warehouse originally had an advanced loading system in form of winch-houses on the top of the building. Even though those were demolished in 1970, the Pakhuis Santos still shows its former function in the façade with vertical loading docks above one another. The almost cubical building, with its closed sides and beautiful fronts, has a basement, a slightly elevated ground floor and five levels above with identical floor plans.

stilwerk comissioned Renner Hainke Wirth Zirn Architekten & WDJARCHITECTEN with the planning of the conversion of the historical building. The architectural style will be kept and carefully translated into a new future. For instance, new openings on the groundfloor level will allow interaction on all four sides, added street furniture will allow urban life to manifest and acts as a visual reminder to the history of the former warehouse. 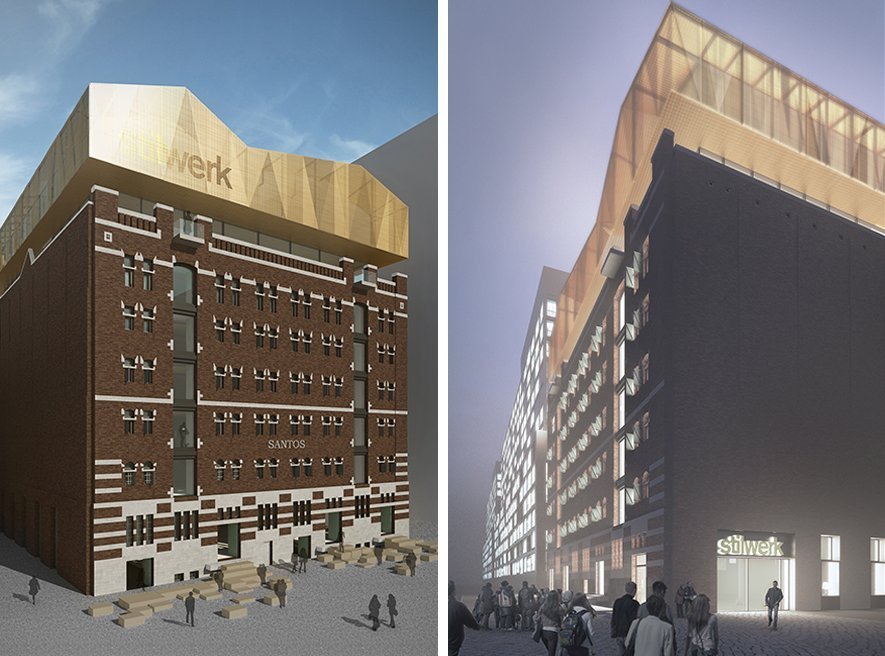 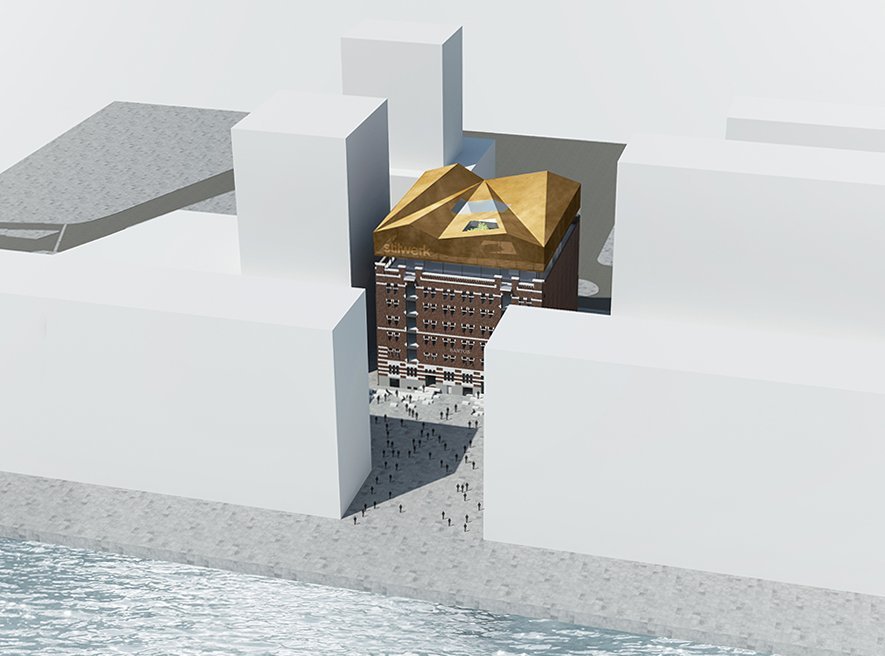 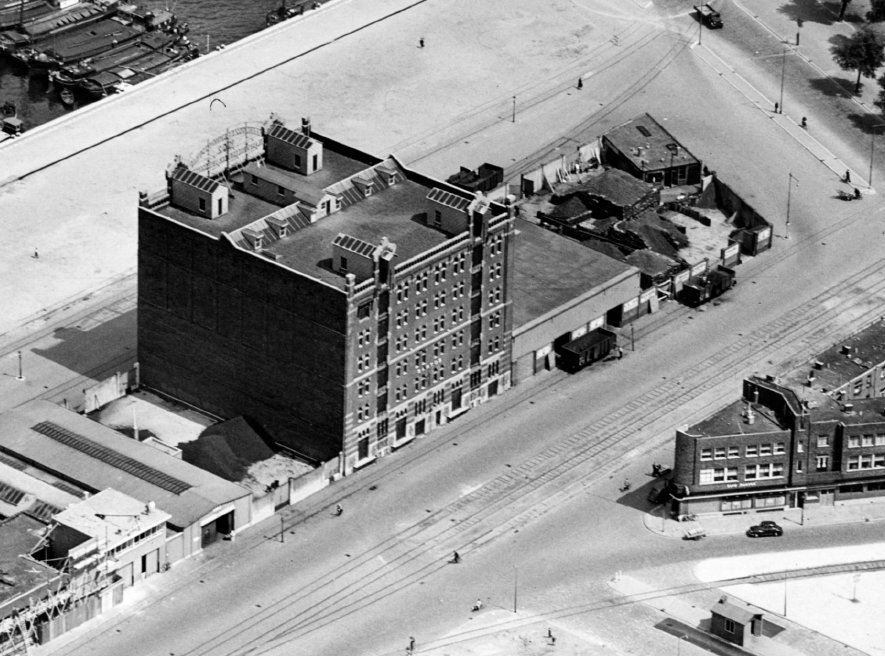 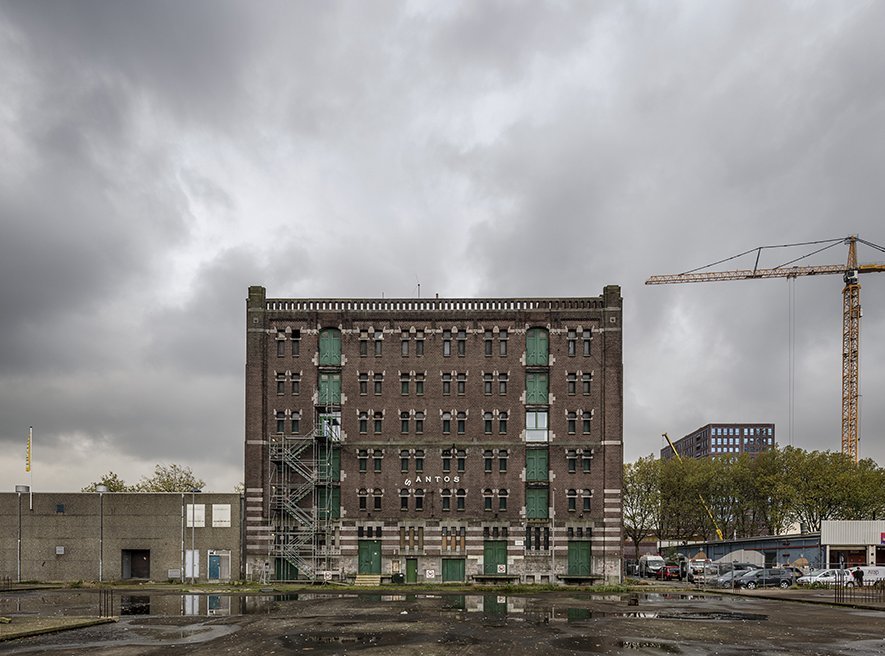 To catch daylight and allow for internal traffic an atrium will be made in the centre of the building, running through all floors from the groundfloor up to the existing roof level. A roof extension will then be added as a contemporary expression hovering on the historical base of the local monument. It's translucent material will have a slightly shining quality in the daylight and will hide architectural elements like glas panes, window profiles and balkony partitions positioned behind the mesh. Hence, only shadows of objects and people as well as illuminated areas will be visible from outside. Especially at nighttime, the depth of the roof fassade will be more visible – creating a special almost sensual appearance. The roof extension will increase the visibility of the building and turn the stilwerk Rotterdam into a new and unique focal point. At the same time, the triangulated volume pays hommage to the historical crane lodges by referencing its axes as the folging points of the roof geometry.

stilwerk Rotterdam is an extension of the stilwerk concept as a platform for premium design offerin g services, additional brands in the retail and lifestyle sector, as well as more gastronomic variety and stilwerk apartments with joint working facilities.

Hence, the new stilwerk will act as an inspirational epicentre. A place where representatives of the creative industry can meet and inspire one another. It will be a catalyst for innovation by stimulating co-creation, by organising workshops and by facilitating creative think tanks – initiatives that will in turn lead to more innovation and development in the creative industry. 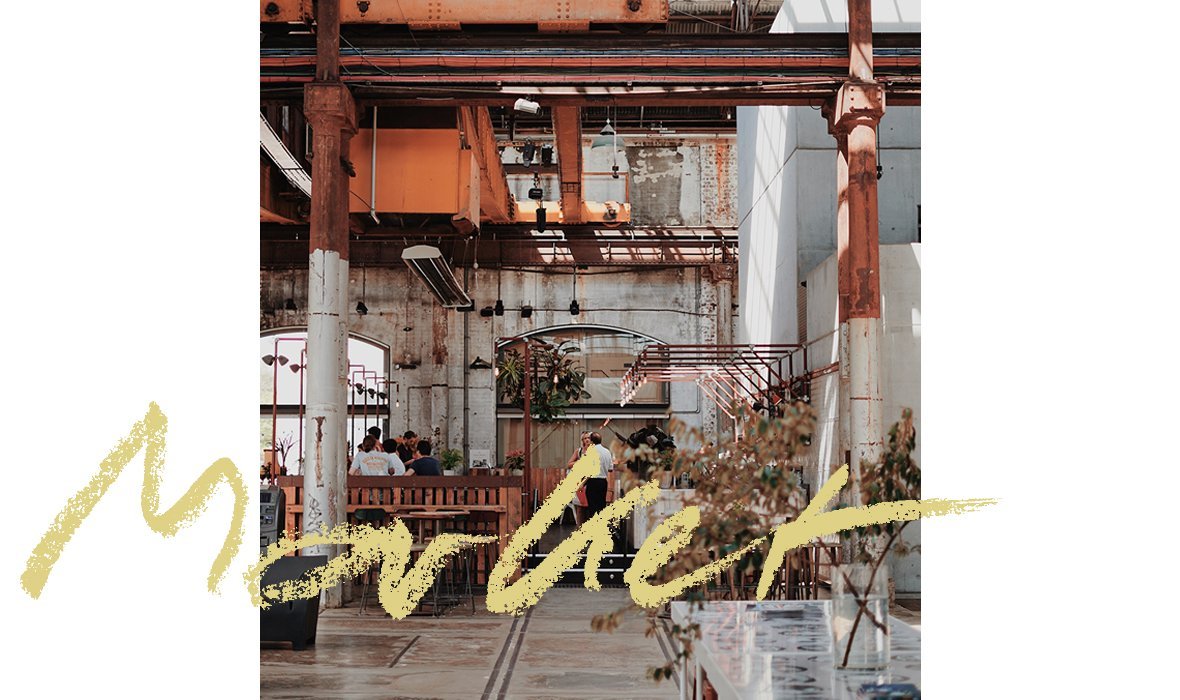 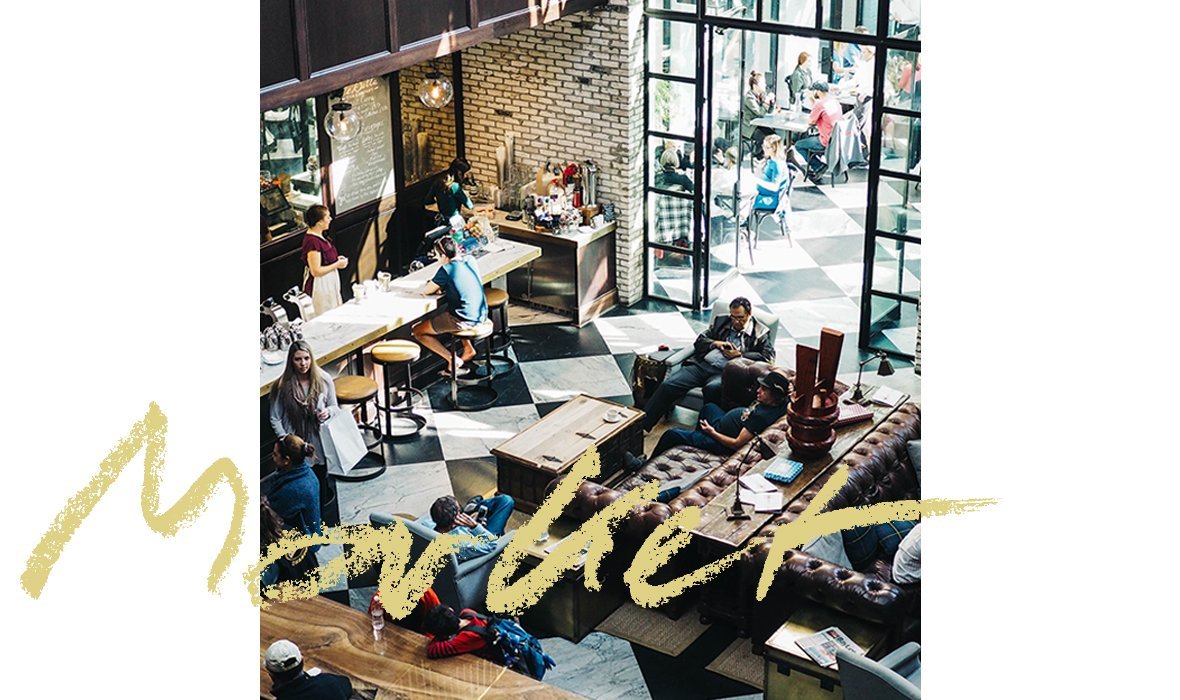 Visitors will be able to enter the building through the main entrance and have an immediate visual connection to the central means of circulation. In the centre of the ground floor is the beginning of the stairs – designed as double height steps that offer casual seating to either side of the area. The entire level will house a number of inviting mixed-use-functions such as a café and restaurant combine with retail area that can be easily transformed into an open event space for award shows, exhibitions, press days, concerts or lectures. The aim is to contribute to and revitalise the surrounding area with welcoming and accessable uses. 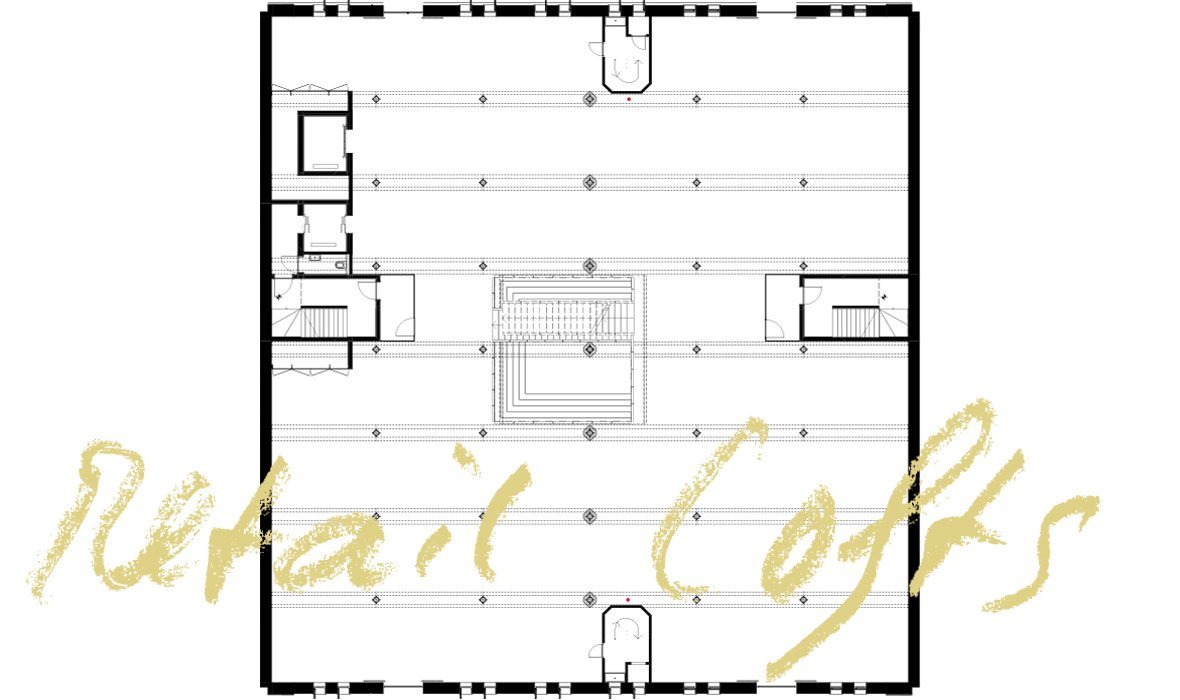 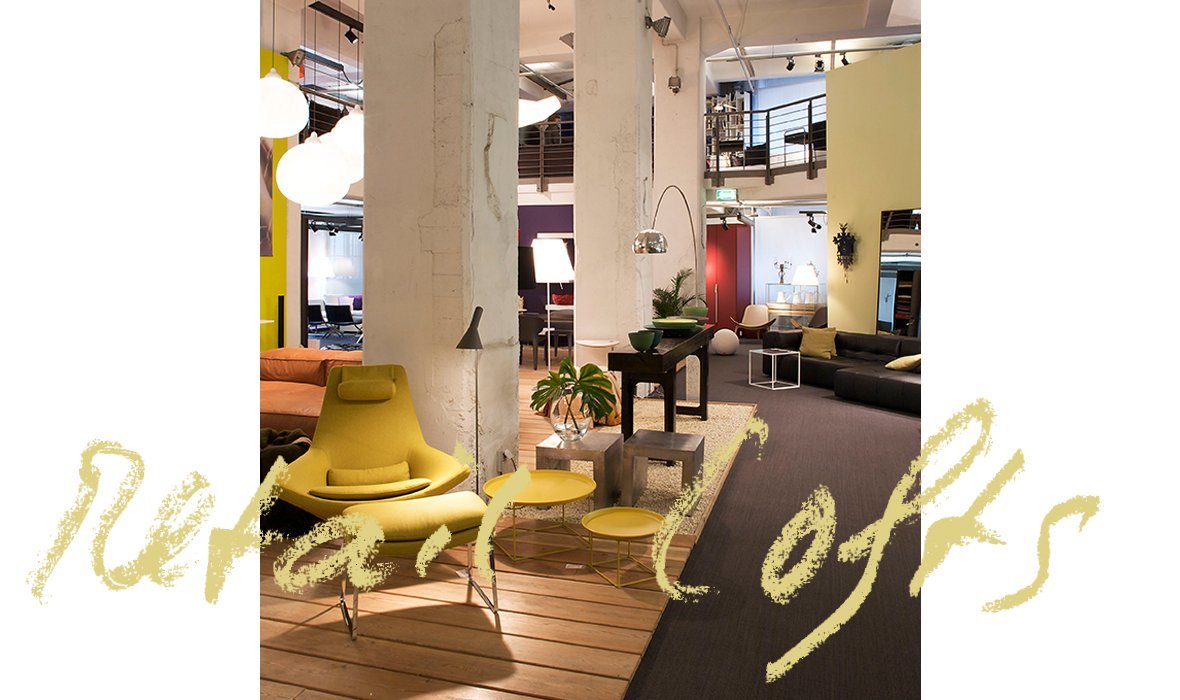 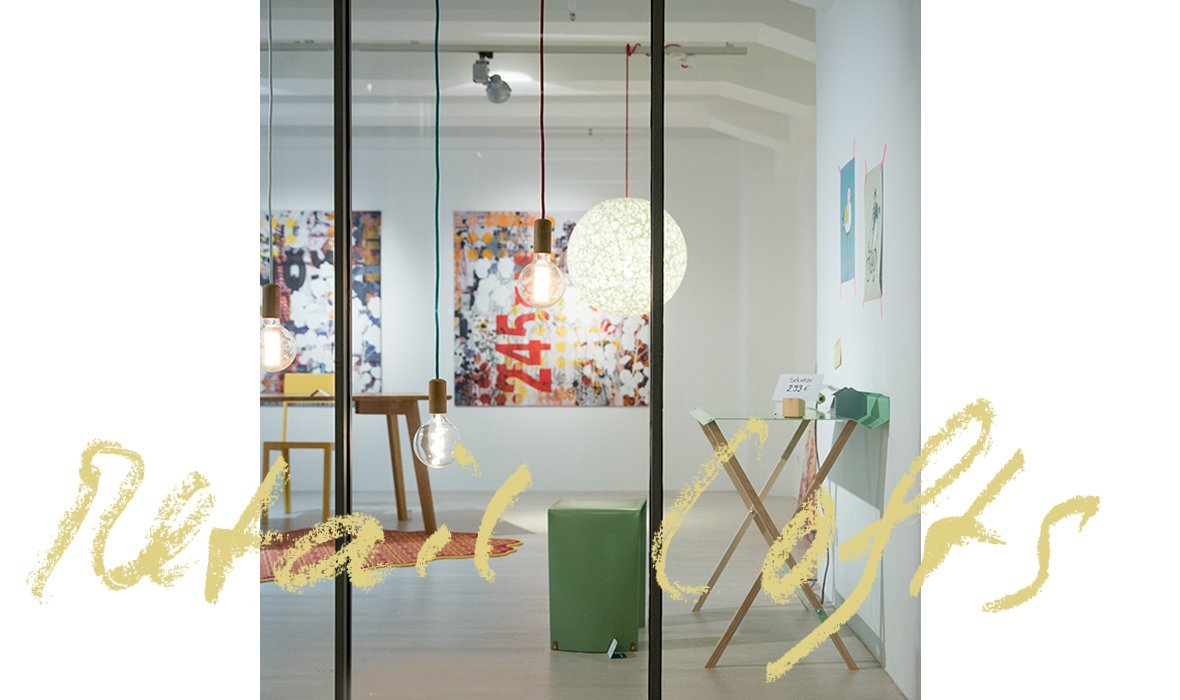 The levels one to five will maintain their historic open plan layout and will function as retail space for established design companies and young talents alike to display their innovative and iconic designs. The brand mix on each floor will allow for an inspirational loft-style experience. 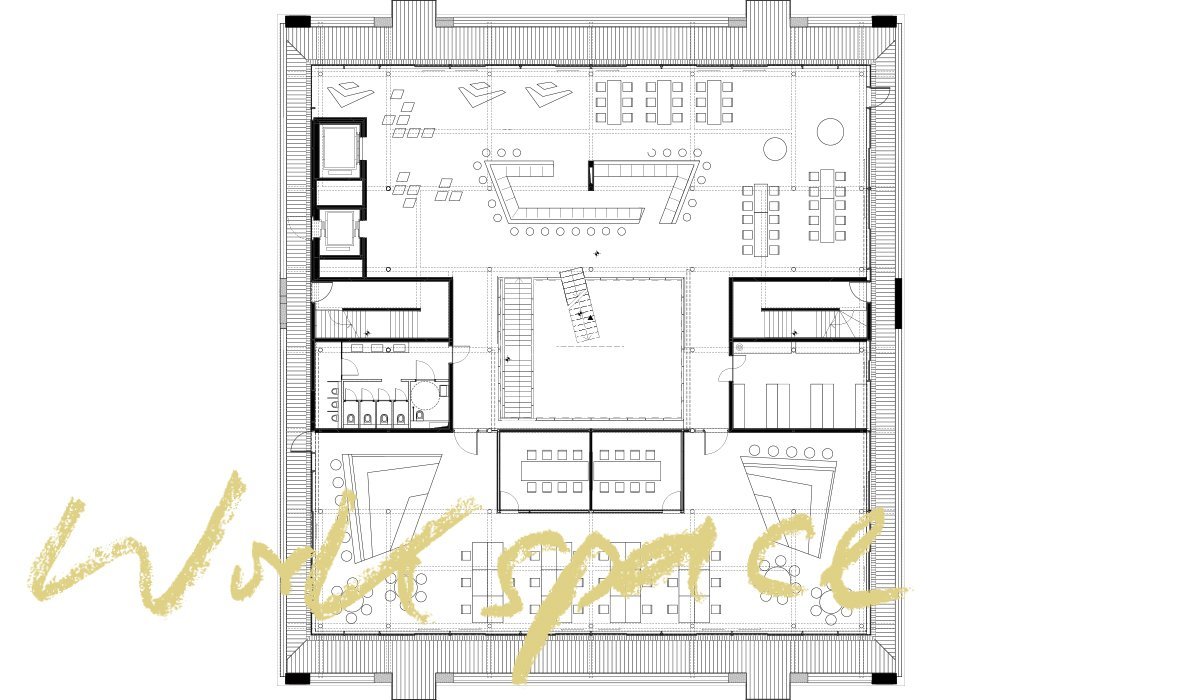 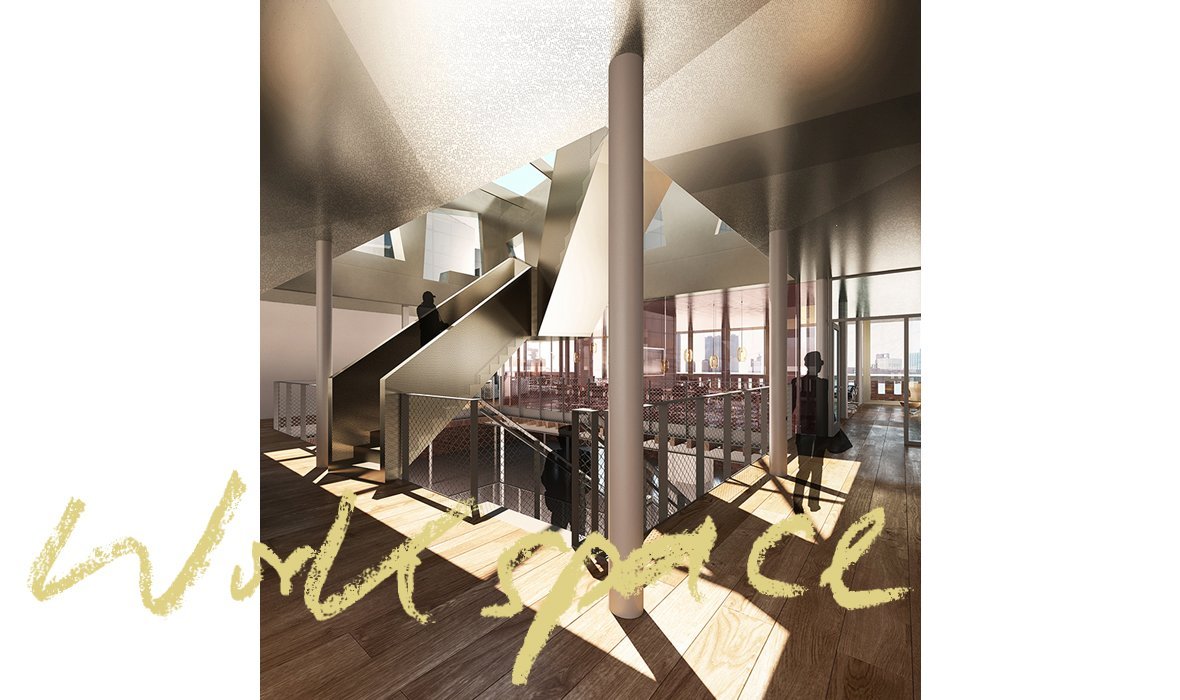 The new roof of the Santos building will house the rooftop bar and open plan co-working area as well as a conference centre for professionals of the creative industry. A communal area allows the possibility to cook individual meals or get together to prepare whole menues. The entire floor is enclosed by a glass parimeter which is set back from the existing building outline offering an external terrace and stunning views over Rotterdam Rijnhaven and Maashaven. 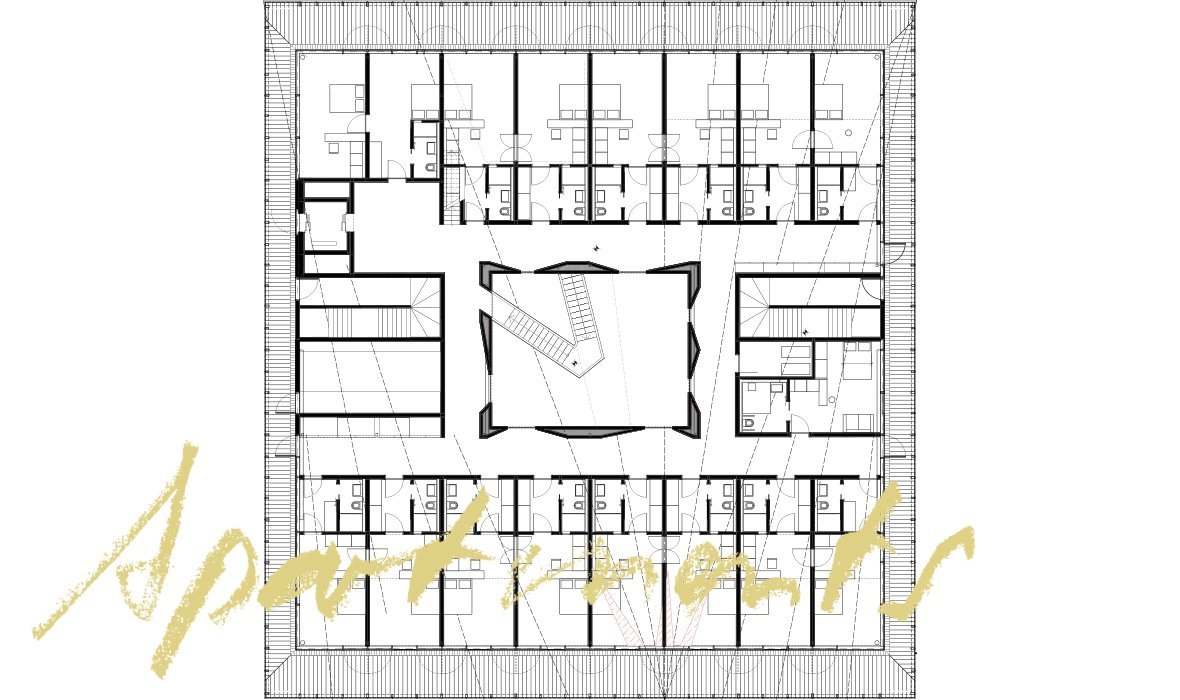 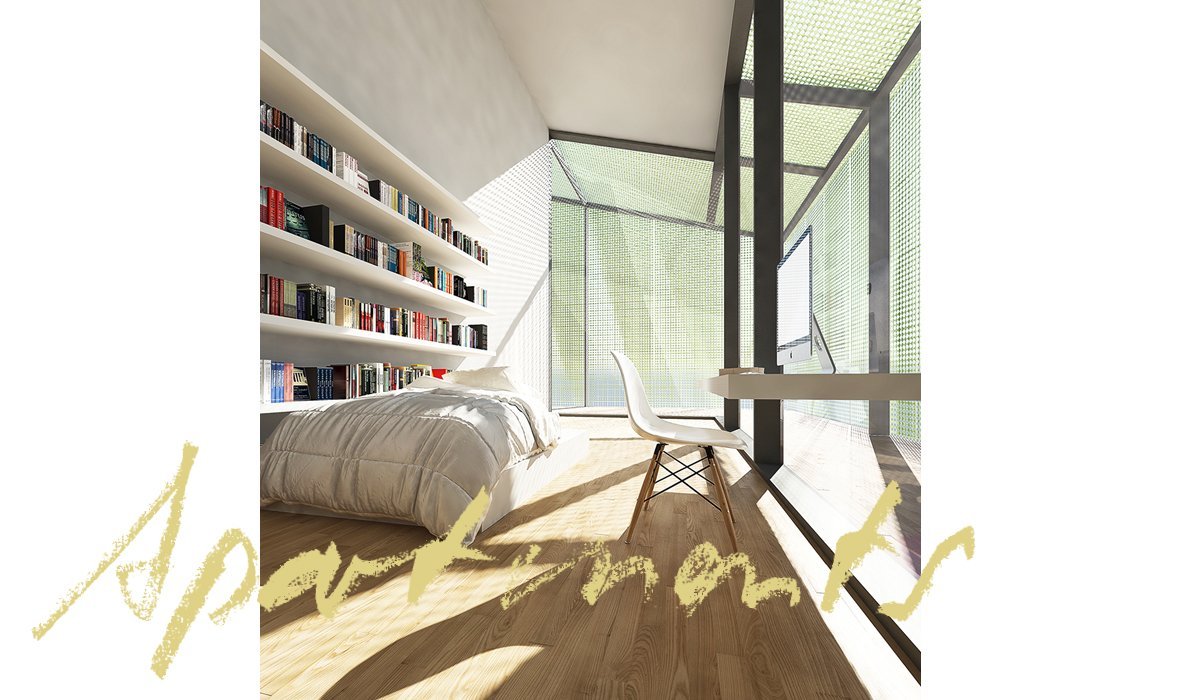 In the extension of the roof above, 18 serviced apartments can be rented as a home for a minimum of two nights up to a maximum of six months. This will make it easier and more flexible for designers and creatives to participate in mutual projects or to exchange their new ideas and hence will draw more innovation and life into the area.

We curate inspiring spaces.
With everyting we do we create new ways of living.

stilwerk presents an exclusive selection of design items and brings together the entire spectrum of furniture, interior design and lifestyle under one roof. From classic to avant-garde, from kitchen to study. With locations in Berlin, Düsseldorf, Hamburg and Rotterdam (2021), not to mention 800 premium brands, the stilwerk concept is globally unique. Prestigious manufacturers and carefully selected interior designers manage their own shops, which are complemented by temporary pop-up stores. In 2016, the brand celebrated its 20th anniversary. 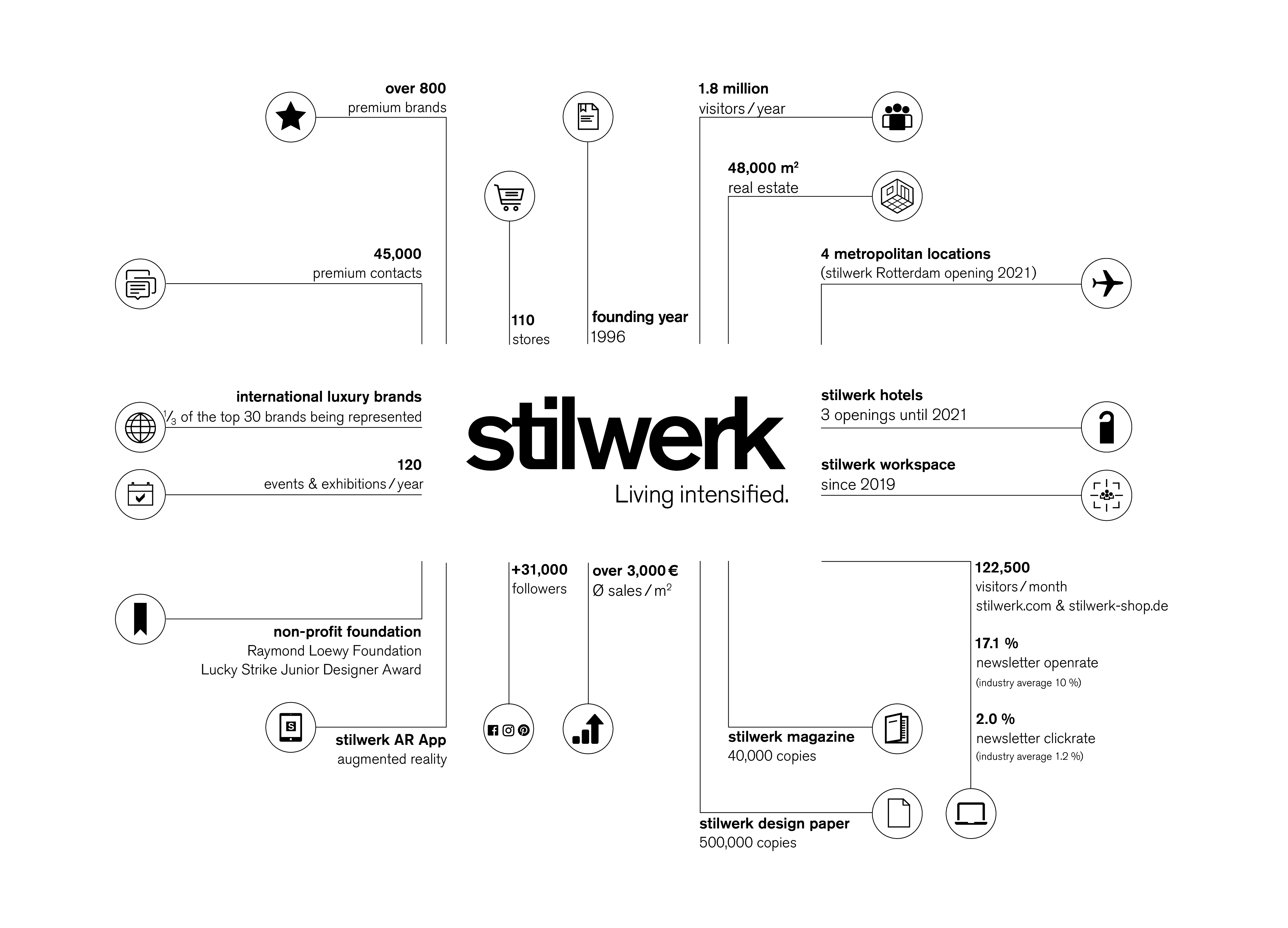 Thanks to the stilwerk online shop, the platform also bridges the gap between the real and digital worlds, enabling customised interior design across all channels. An in-house magazine, exciting exhibitions and cultural events round off the concept and make stilwerk a source of inspiration for design aficionados. In 2019, the established premium design and lifestyle platform stilwerk added hospitality and co-working to its current portfolio, which spans from destinations of design to retail management and real estate development.

stilwerk Rotterdam will open in 2021. In the meantime we are happy to provide you with further information. Download our exposé here › or get in touch to arrange for a personal meeting: 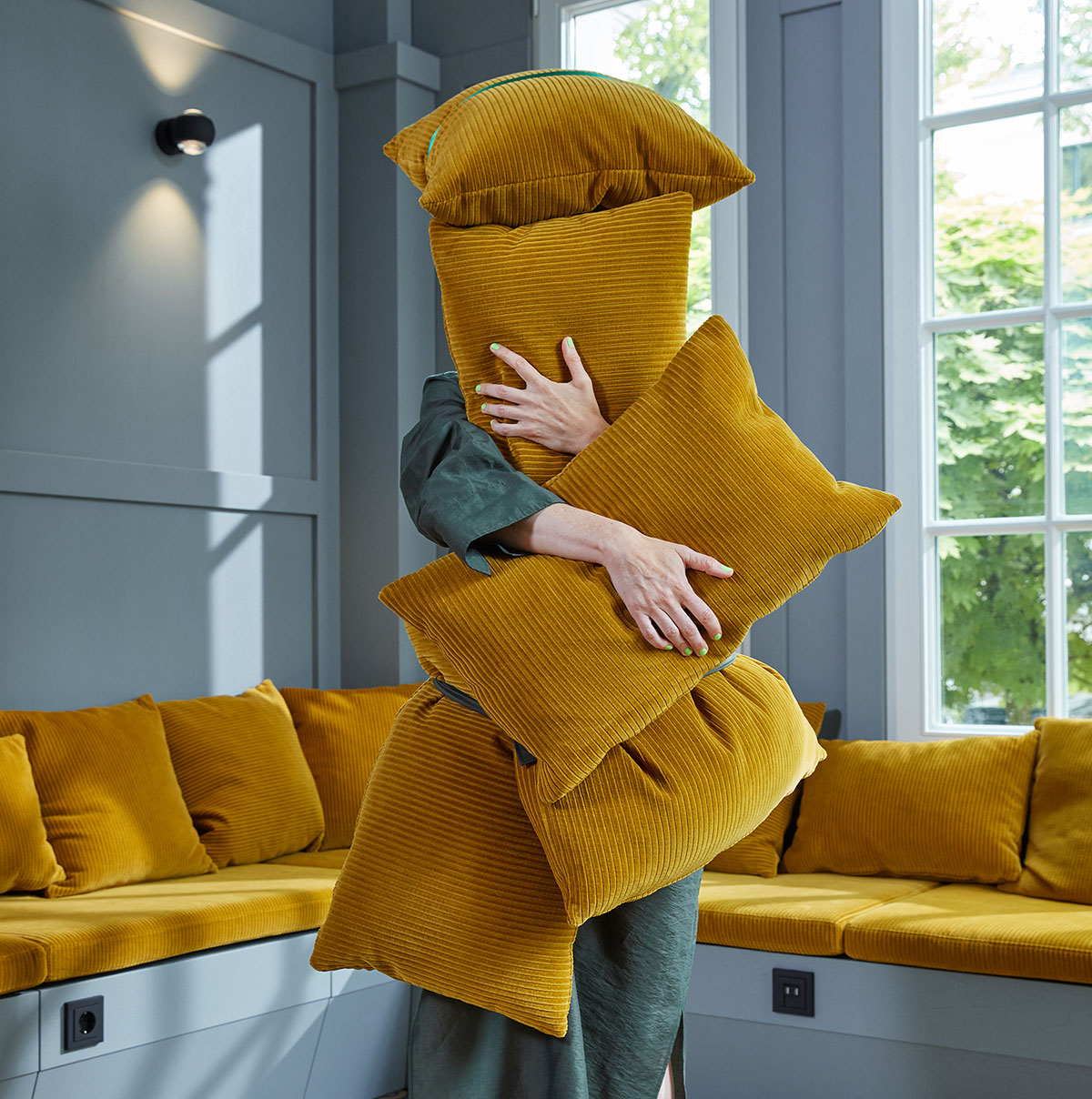